​​Joel is a member of the following organizations:

Joel Krieger was born in New York, New York. He grew up in New York and later moved to California for his law degree. After he graduated, he settled down in Kansas 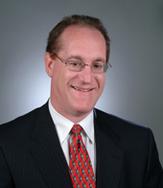 Joel started his career as an auditor at Arthur Andersen & Co. from 1983 to 1987 in their New York City office. While he was in San Diego, California he worked in the tax department of Price Waterhouse from 1987 to 1990 and later worked at the law firm of Dysart & Dubick for two years. Later, he provided litigation support and forensic accounting services to law firms across the country at Ten Eyck Associates Inc. from 1993 to 1997.

In 1997 Joel moved to Kansas and served as a partner in the business law department of  Wallace, Saunders, Austin, Brown & Enochs, Chartered until 2013.  He defended clients being pursued by the Internal Revenue Service along with state and local taxing authorities.  He also litigated accountants malpractice cases and defended CPAs in Federal and state courts.  He also defended CPAs before the Kansas and Missouri Boards of Accountancy. In 2013 he moved to Douthit, Frets, Rouse, Gentile & Rhodes, LLC as an attorney until 2015.

In 2015 he started the Krieger Law Firm, LLC. He continues to battle with the IRS along with state and local taxing authorities.  He also defends CPAs before the Kansas and Missouri Boards of Accountancy.  Consistent with assisting CPAs in a variety of business matters, he helps CPAs buy, sell and merge accounting firms. Finally, with his  deep business background, he is frequently consulted by businesses on tax and other matters.